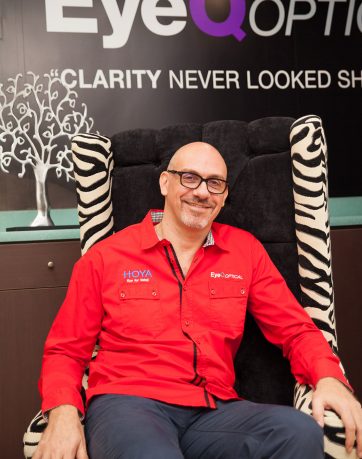 Less doctor, and more business man, Aron conducts business as such, with a vision that looks to the future, and expansion ideas that take into account marketing, customer service, and building Eye Q into a lifestyle brand that goes beyond the eyes. So how did it become Jamaica’s “Intelligent Choice”?

Aron’s journey to Jamaica was rooted in a love for reggae music, especially Reggae Sunsplash, and he planned his first three month volunteer placement with FISH (The Foundation for International Self-Help) Eye Clinic in Kingston, to coincide with the festival, “I wasn’t quite the model student,” Aron says laughing, in his gravelly, North London accent, reminiscing on the days when he had a ponytail. But what he excelled in, was customer service and people skills. “I could really communicate with the patients, while there were those who could pass exams, but had no personality.” This would essentially be one of the keys to Eye Q’s success.

After university, Aron built up experience in London, working with high street opticians before heading to the warmer climate of Jamaica in 1991. Faced with basic equipment, poor patient care, non-existent screening processes, and a crumbling health system, his eyes were also opened to a number of medical conditions typically only seen in textbooks. Aron was frustrated with the bureaucracy and slow pace, but was refreshed by weekends he spent in Port Antonio, exploring and falling in love with his new home. In fact, Aron’s stories of hitchhiking across the island; gathering wood to build a stove in his new home; trying to cross the island in his old, sometimes faithful 1969 Mini; and escapades of catching the bus from Parade to the country, show how a “comedy of errors” grew to attach itself lovingly to his heart.

Next, Aron found a place for himself at Sovereign’s newly opened Vision Plus. “It was a whole other world from working with FISH,” Aron says, “and I realized that these Uptown people weren’t so bad,” he adds laughing. Here, he was dedicated to providing optical care long with proper service. Pretty quickly, his part-time schedule went from two or three patients each week, to being fully-booked. After about a year, he went back to London where he worked as the optometrist at Selfridges (a well-known department store) for three months. While away, he earned enough money to return to Jamaica and buy a proper car—a 1982 Honda Civic. It was five years later, now back in Jamaica, when he decided that it was time to go it alone. With his ever-expanding and loyal client base, he set about finding an appropriate venue. He did so in New Kingston, and opened Eye Q Optical in 1999, with a stylish, minimal—and most importantly–cost-effective interior.

“We opened that first store on a shoe-string budget,” Aron shares, adding how the industrial feel of the doctor first came about as a way to save on fixtures. From secretaries to CEO’s, Aron’s client base continued to grow, attracting patients who were looking for top customer service, in an inviting and welcoming environment. Already understanding that the name of the game was to ultimately ensure patient satisfaction with renewed confidence in their appearance, his first store reflected this. “I wanted it to be a place where people could come and try the frames on without having to ask to be served,” he says. “I wanted our clients to take their time, try on a number of frames and spend all day if they wanted. Nothing here is behind lock and key.” And with one of the largest selections of frames on the island, you may just need all day. From Face à Face based in France, Theo from Belgium, to Rapp from Canada, and Lindberg from Denmark we are truly international operation. 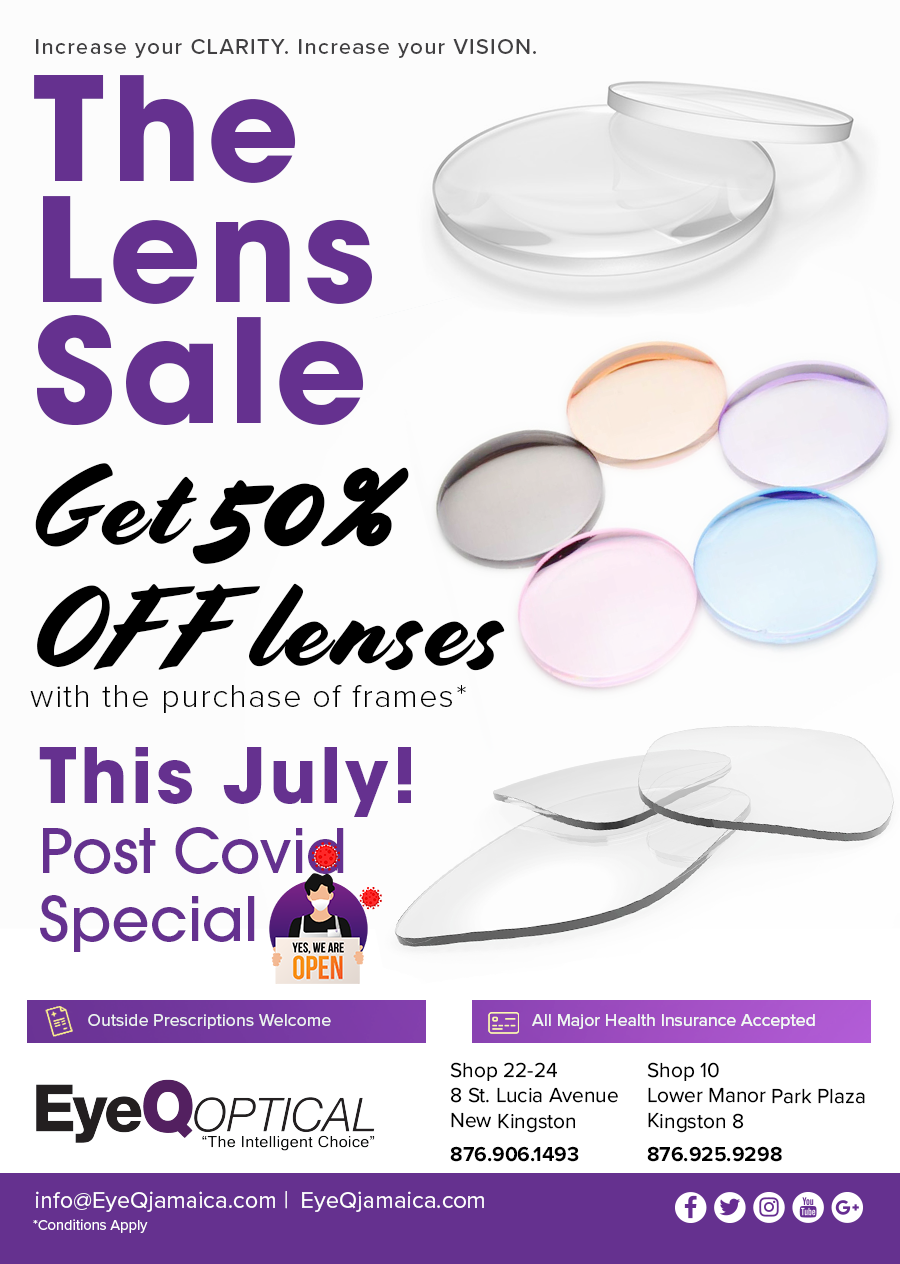